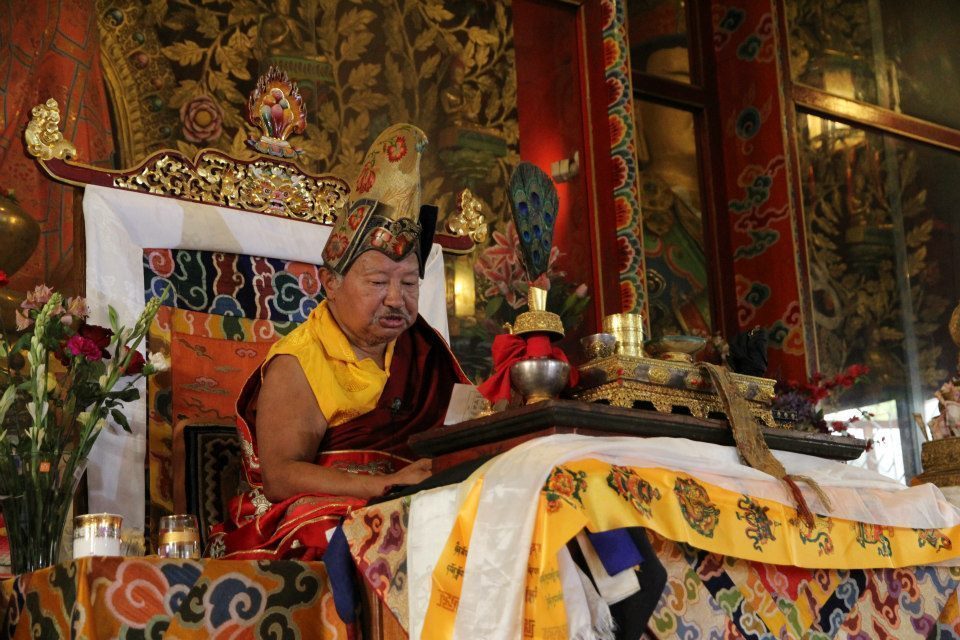 We are very honoured that Kyabje Tsikey Chokling Rinpoche has so compassionately agreed to bestow the extensive empowerments for the entire Tukdrub Barche Kunsel (Guru’s Heart Practice: Dispeller of All Obstacles) cycle in this Guru Rinpoche Year. The Tukdrub Barché Kunsel cycle forms around one-third of the New Treasures of Chokgyur Lingpa. It is not just an ordinary teaching composed by somebody, it is a valid teaching endowed with the richness of blessings, siddhis, love, care, compassion, auspiciousness from Guru Rinpoche and Dakini Yeshe Tsogyal. This is a special heart practice of Guru Rinpoche and he gave it to us right now, a teaching that is meant for these times. This treasure teaching is also special as it was revealed as an earth treasure by Chokgyur Lingpa and a mind treasure by Jamyang Khyentse Wangpo. Moreover, Chokgyur Lingpa kept it hidden for eight years, as he practiced in secret and attained all the signs of accomplishment.

The empowerments for the Thukdrub Barche Kunsel cycle will be given in the following order:

Next come the empowerments for the twelve manifestations of Padmasambhava, starting with the four deities seated on the lotus petals around the central figure:

The next eight manifestations are seated on the eight corners of the jewel, beneath the lotus flower:

There are four additional deities in the Thukdrub Barche Kunsel cycle, who are known as the four deities to remove the outer, inner, secret, and innermost obstacles. Each is a magical manifestations of one of Guru Rinpoche’s implements:

For more information on all these deities and on the practice of the Thukdrub Barche Kunsel cycle, please see Dispeller of Obstacles by Rangjung Yeshe Publications.