This year’s Nine Yanas retreat was an eventful one. Coinciding with a week of teachings and practice, was the first annual Nepal Lamas’ Gathering held at the Ka-Nying Shedrub Ling Monastery. During this ten day event, Kyabje Tsikey Chokling Rinpoche g ave numerous empowerments and reading transmissions to the gathered lamas which lasted from early morning to late evening every day. It was during this atmosphere of daily empowerments and thousands of people bustling about, that the 2013 Nine Yanas Retreat with Kyabgön Phakchok Rinpoche took place. 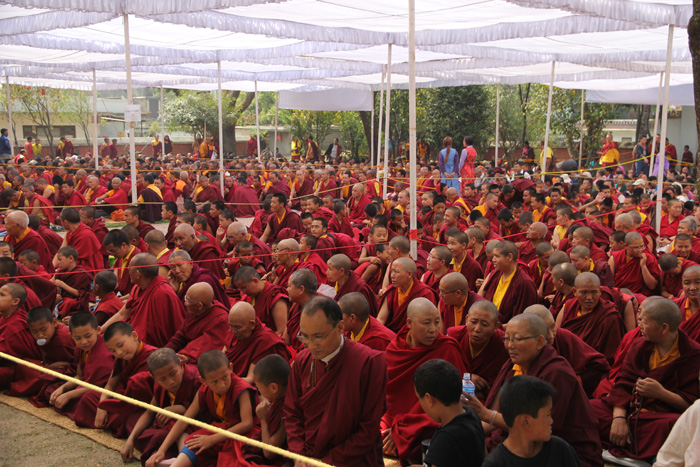 This year was the third year of teaching held in Nepal. Dharma teachings and meditation instructions were given to students participating in their first, second and third year. As Phakchok Rinpoche was receiving the empowerments everyday in connection with the Lama Gathering, it was a very tight and ever changing schedule of teachings and meditation sessions.  Often Phakchok Rinpoche would come from the empowerments and then give three to four hours of teachings, seeming to have an endless amount of energy. The participants were a combination of practitioners from around the world, monks from Rinpoche’s two monasteries, Vajravarahi and Riwoche, as well as many who were new to the dharma and came to learn for the first time. 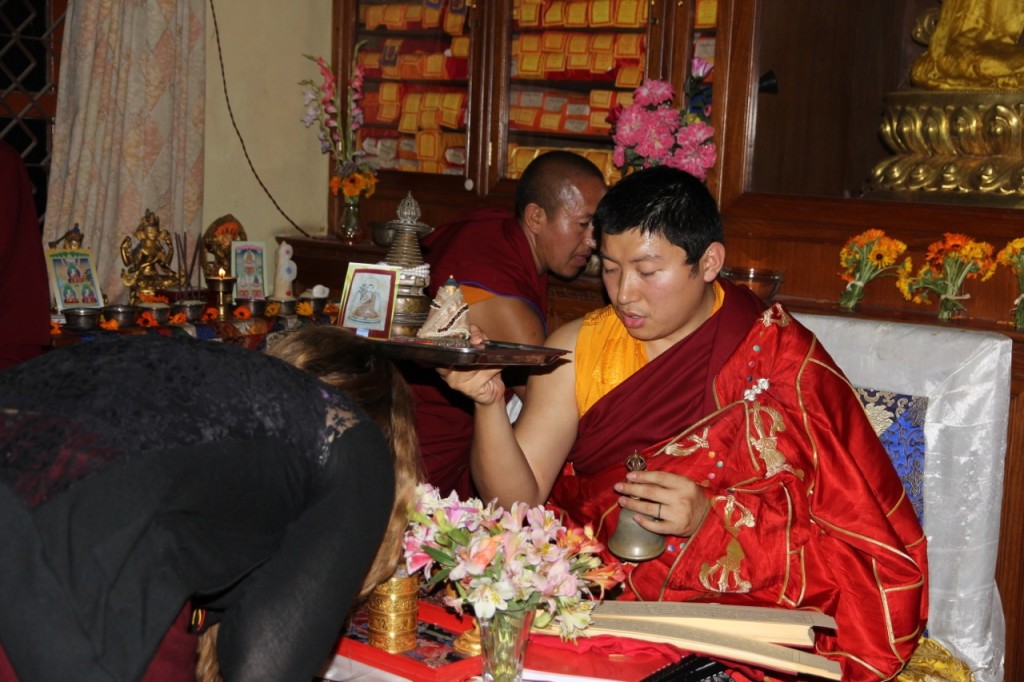 The Nine Yanas are the general layout of the progressive path of the Buddhadharma according to Nyingma school of Early Translations.  In particular the Nine Yanas courses taught by Phakchok Rinpoche follow the treasure teaching of the great 19th century treasure revealer Chokgyur Dechen Lingpa and are part of a larger revealed cycle of teaching called Dzogchen Desum. Guru Rinpoche in his great compassion and foresight for future generations of dharma practitioners prepared this cycle of teachings so that an individual may be able to learn and practice the essential meaning of each of the Nine Yanas. This gives the opportunity to create a solid foundation of knowledge and experience of each yana before going on to the next and helps to make one’s practice effective throughout one’s life.

Phakchok Rinpoche always stresses the importance of sincerity, dignity and dharma practice in one’s life and was a great example of this during this year’s retreat.  All the participants showed much flexibility, patience, determination and devotion during the retreat.  With these elements of the teacher and students coming together, the 2013 Nine Yanas retreat in Kathmandu was unique and a great success!